One dead and widespread damage after another massive earthquake strikes Taiwan 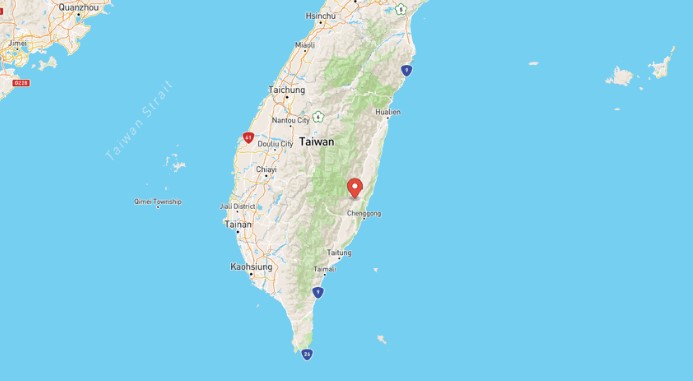 Taiwan has been hit by another massive 6.8 magnitude earthquake following a series of smaller tremors in the last 24 hours.

Taiwan has been hit by a massive 6.8 magnitude earthquake at around 2:44pm local time today, Sunday, September 18. The tremor reportedly toppled a three-story building, leaving four people trapped in the rubble temporarily. A passenger train was also shaken off its tracks, and a group of 400 tourists found themselves stranded on a mountain.

According to Taiwan’s Emergency Operations Centre, one person has died and nine others have suffered a variety of minor injuries.

A 6.4 magnitude quake struck the southeastern coast of the island yesterday, Saturday, September 17, and dozens more tremors on a smaller scale were recorded in the following 24 hours. Taiwan’s Central Weather Bureau said that the epicentre of today’s quake was located near the town of Chishang, at a depth of 7km (4 miles). Most of the structural damage occurred to the north of the epicentre they added.

The island’s Central News Agency reported that the death of a cement factory employee occurred in the town of Yuli, where 7,000 homes are reported to be without electricity.

A three-storey building that collapsed in the city of Hualien had a 7-11 store on its ground floor. As the building fell it brought down the power cables and broke water pipes. The building’s 70-year-old owner had to be rescued from the rubble along with his wife. Another 35-year-old resident and her five-year-old daughter were also pulled from the remains of the block.

In the city of Yuri, police and firefighters were reportedly deployed after a bridge collapsed with members of the public and vehicles thought to have possibly fallen from the structure. A long crack was reported to have opened in the floor of the Mount Carmel Presbyterian Church, while the concrete pavement outside the building apparently broke into pieces, according to abcnews.go.com.

A train was struck by falling debris in the town of Fuli, located between the Chishang epicentre and Yuli. As a result, six of its carriages were derailed but thankfully, no injuries were reported said the Central News Agency, citing the railway’s administration.

Today’s tremor was strong enough to be felt in the city of Taoyuan, located some 210km (130 miles) north of the epicentre. The roof of a sports centre was brought down by the shaking, where one person was reported injured.

📍 The horror moments of the earthquake in #Taiwan ) from the motorcycle camera 📹⬇️#Taiwan #earthquake #TaiwanEarthquake pic.twitter.com/P0Wr6XeJlI