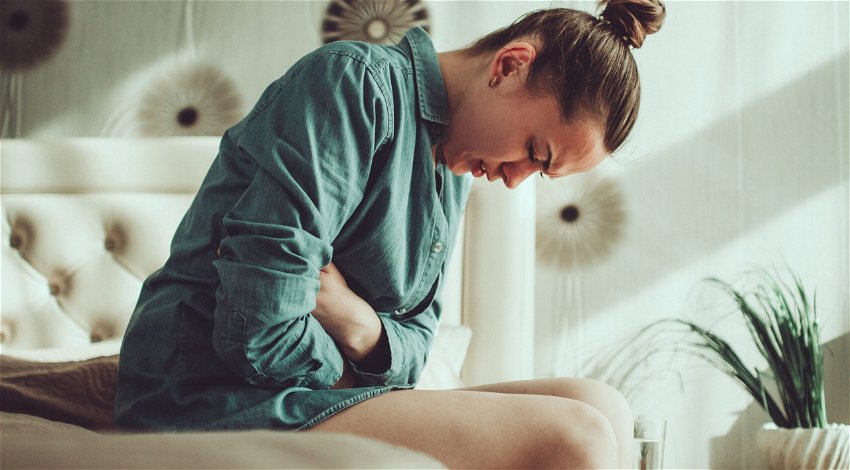 The safety panel of the European drug regulator now recommends adding “heavy menstrual bleeding” as a side effect of Pfizer and Moderna’s mRNA Covid vaccines.

The EU safety panel – PRAC (Pharmacovigilance Risk Assessment Committee) – of the European drug regulator has “recommended that heavy menstrual bleeding should be added to the product information as a side effect of unknown frequency of the mRNA COVID-19 vaccines Comirnaty (Pfizer) and Spikevax (Moderna).”

“Heavy menstrual bleeding (heavy periods) may be defined as bleeding characterised by an increased volume and/or duration which interferes with the person’s physical, social, emotional and material quality of life,” the PRAC said on Friday, October 28.

“Cases of heavy menstrual bleeding have been reported after the first, second and booster doses of Comirnaty and Spikevax.”

It added: “The PRAC finalised the assessment of this safety signal after reviewing the available data, including cases reported during clinical trials, cases spontaneously reported in Eudravigilance and findings from the medical literature.

“After reviewing the data, the Committee concluded that there is at least a reasonable possibility that the occurrence of heavy menstrual bleeding is causally associated with these vaccines and therefore recommended the update of the product information.

“The available data reviewed involved mostly cases which appeared to be non-serious and temporary in nature.

“Menstrual disorders in general are quite common and they can occur for a wide range of reasons. This includes some underlying medical conditions. Any person who experiences postmenopausal bleeding or is concerned about a change in menstruation should consult their doctor.”

On Tuesday, September 27, it was reported that a large international study confirmed the findings of a previous U.S. study that linked COVID-19 vaccination with an average increase in menstrual cycle length of less than one day.

The study confirming the link between COVID-19 vaccination and a temporary increase in menstrual cycle length was published by the US National Institution of Health.

The increase was not associated with any change in the number of days of menses (days of bleeding).

An article in Spain’s Women’s Health magazine published on Wednesday, July 20 opened with: “Girls, surprise, surprise… the covid-19 vaccine causes alterations in the menstrual cycle! Who would have thought… (note the irony).”

On Monday, September 5, the Medicines and Healthcare products Regulatory Agency (MRHA), through the UK government, was forced to deny claims that advice regarding pregnant and breastfeeding women and the Covid vaccine had changed.

“No change to MHRA advice on the safety and effectiveness of COVID-19 vaccines for those who are pregnant or breastfeeding,” read the title of the GOV.UK article on Monday, September 5.

“Our advice remains that the COVID-19 vaccines are safe and effective during pregnancy and breastfeeding.”

This followed a viral post that allegedly highlighted that the UK government had changed Covid vaccine guidelines for pregnant and breastfeeding women.

Speaking about the apparent changes highlighted in the viral post from August 29, the article said: “We are aware of false claims on social media that our advice on the safety and effectiveness of COVID-19 vaccines while pregnant or breastfeeding has changed.”

It added: “We would like to reassure the public that our advice has not changed. Our advice remains that the COVID-19 vaccines are safe and effective during pregnancy and breastfeeding and there is substantial evidence to support this advice.”

The PRAC followed along the same lines with its conclusion published on Friday, October 28.

“There is no evidence to suggest the menstrual disorders experienced by some people have any impact on reproduction and fertility,” it said.

“Available data provides reassurance about the use of mRNA COVID-19 vaccines before and during pregnancy. A review carried out by EMA’s Emergency Task Force showed that mRNA COVID-19 vaccines do not cause pregnancy complications for expectant mothers and their babies, and they are as effective at reducing the risk of hospitalisation and deaths in pregnant people as they are in non-pregnant people.”

It added: “The Committee reiterates that the totality of data available confirms that the benefits of these vaccines greatly outweigh the risks.

“Healthcare professionals and patients are encouraged to continue to report cases of heavy menstrual bleeding to their national authorities.

“The PRAC will continue to monitor for cases of this condition and will communicate further if new recommendations are warranted.”

Following the safety panel reports, many people reacted to the news on social media.

People got banned for bringing attention to this. https://t.co/FPZjA3b7tE

“So it interferes with the reproductive system?? Amazing how a respiratory vaccine can effect reproduction and it’s still not banned 🤷‍♂️🤷‍♂️🤷‍♂️” another person wrote.

So it interferes with the reproductive system?? Amazing how a respiratory vaccine can effect reproduction and it’s still not banned 🤷‍♂️🤷‍♂️🤷‍♂️

Another person added: “Wasn’t this, like all other side effects, dismissed? Now all coming out nearly 2y later.”

Biggest corruption scandal in the history of mankind?

Earlier this month, Mislav Kolakusic called the EU’s “purchase of 4.5 billion doses of the Covid-19 vaccine for 450 million EU residents the biggest corruption scandal in the history of mankind.”

“Today, 10 of us MEPs asked her the following question: Why will she present to us, the members of the European Parliament, as well as the EU citizens whom she supposedly represents, the communication she had with Pfizer during the procurement of 4.5 billion doses of vaccines at a time when there was absolutely no proof of the effectiveness, and especially not of the harmfulness of that product.”

He added: “Imagine, 4 and a half billion doses for 450 million people.

“Great Britain is no longer with us, so there are quite a few of us.

“Based on that calculation, each child, newly born, should receive ten doses of something that no one in the world except maybe two or three people, knows what it contains.

“This is about secrets, protected patents.”

“Don’t think that any kind of government or European agency knows exactly what is in that product,” he continued.

“Nobody knows that. And nobody tells you that.

“They did not get to see any medical research.

“To date, no medical research has been handed over to the members of the EU Parliament’s Covid committee or the European Medical Agency, to anyone.

“How is that possible?” he asked.

“We are talking about corruption here.

“The procurement of 4.5 billion products with the intention of injecting them into people, without anyone knowing what is inside, is surely the corruption affair in the history of mankind, not only in the history of the EU,” the Croatian concluded.