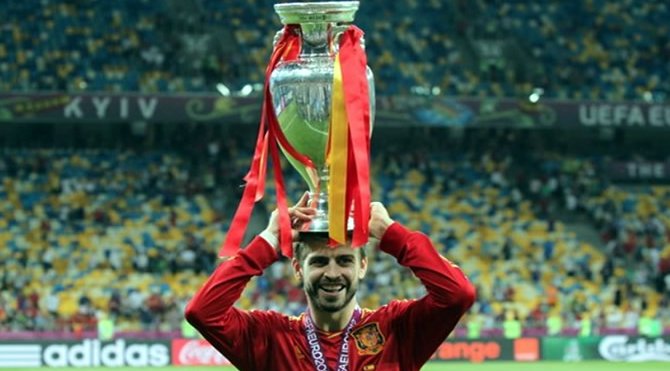 Gerard Pique, the legendary Barcelona and Spain footballer announced his retirement in a Twitter video.

Barcelona and Spain legend Gerard Pique announced in an emotional video on his official Twitter profile this evening, Thursday, November 3, that he is retiring from football after 14 years at Camp Nou. He revealed that the LaLiga match this Saturday 5 will be his last.

Pique has had a trophy-laden career with the Catalan giants, winning a total of 31 medals while making over 600 appearances for the famous Spanish club. The 35-year-old defender has won the Champions League four times and picked up eight LaLiga winners’ medals.

“I have always said that after Barcelona there wouldn’t be another team and that’s the way it will be. This Saturday will be my last game in the Camp Nou”, aid Pique in his video.

“I will become a regular fan. I will support the team. I will pass my love of Barca to my children like my family did with me. And you know me. Sooner or later. I’ll be back. I’ll see you at Camp Nou. Long live Barca. Always”.

The Spanish footballer started out in the iconic La Masia academy that has produced so many Barcelona legends. In his Twitter video, he included clips of his days as a young player there.

He joined Barca in 2008 after a spell in England with Manchester United. Pique was an integral part of the all-conquering Spanish international team that won the 2010 World Cup followed by the 2012 European Championships. Between club and country, Pique has collected a staggering 37 trophies.

More recently, he has gone through a tumultuous period that has seen him relegated mostly to the bench for Barca’s games. His personal life has also suffered, enduring a much-publicised split from his partner Shakira, the Colombian singing star.