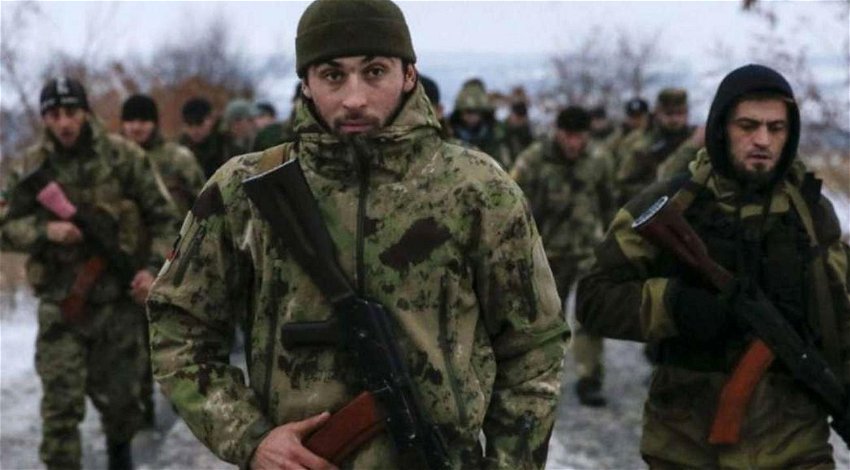 ACCORDING to Ukraine’s Defence Intelligence, the Wagner Group, alongside the already established Chechen army, likely “suppress potential uprisings in Russia”.

Andriy Chernyak, a representative of the Defence Intelligence of Ukraine, told RBC Ukraine on Tuesday, November 15 that “the armies of Wagner Group’s Yevgeny Pogodzhin and Chechen leader Ramzan Kadyrov were created to suppress potential uprisings in Russia.”

“However, the Kremlin also used them during the war against Ukraine,” he added.

“Pryzhin and Kadyrov are people who, in order to preserve Putin’s power, have the right to create their own armies. These armies were created primarily to suppress any potential uprisings inside Russia,” explained Andriy Chernyak.

According to the representative of the military intelligence of Ukraine, the demonstration of “well-trained and brave” Kadyrovites is primarily aimed at the Russian public.

“Today, in a full-scale war against Ukraine, the Kadyrovites are used at the front as ‘barrier detachments’ that do not allow mobilised or other soldiers to retreat. That is, the main task of Kadyrov’s army is to intimidate Russians.”

The “Wagnerites” are currently deployed in the east, particularly in the Donetsk region. Prigozhin’s army consists of former fighters of Russian special forces who are not new to planning operations.

Although, as reported previously, the Wagner Group has also been recruiting from Russian prisons and those “soldiers” are reportedly being used as “cannon fodder”.

In fact, Chernyak added that because the Wagner Group has been recruiting prisoners who lack of proper training and motivation, they can not effectively carry out either offensive or defensive actions.

It has also been reported that there is some conflict between Russian Defence Ministry Sergei Shoigu and PMC “Wagner” founder Prigozhin.

Shoigu has also faced criticism from Kadyrov who appears to side with Prigozhin on many issues regarding the failures of the Russian army in Ukraine.