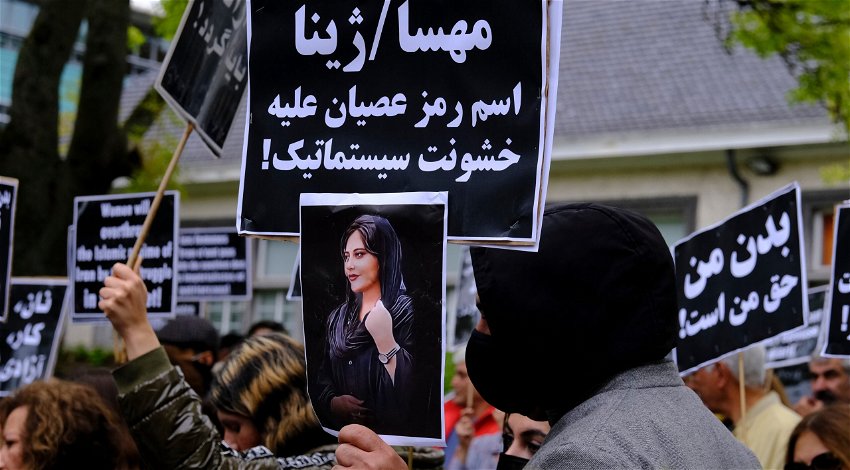 Following weeks of demonstrations Iranian protestors have managed to force some much-needed change and has pushed the government into revisiting many of the restrictive policies that had caused the uprising.

According to news site RND on Sunday, December 4 the Attorney General in Iran has confirmed that the hated morality police unit tasked with enforcing amongst other things, the dress code, has been disbanded.

The death of Mahsa Amini at the hands of the morality police was what brought the country’s people out on to the streets initially, however, the demonstrations to protest her death soon turned on the government.

The daily newspaper “Shargh” quoted Attorney General Mohammed-Jafar Montaseri as saying: “The moral police have been disbanded, but the judicial authority will continue to deal with this social challenge.”

Many of the people have reacted cautiously to the announcement with no further details provided around the dissolution of the unit, nor were any dates provided for the disbandment.

Organisers of the protests have said that this is only the first step and that: “Women must be able to move everywhere without headscarves.

“This is only the first step.”

Large crowds in Anzali (northern Iran) mourn slain 27-year-old protestor Mehran Sammak, who was killed while honking his car horn. They chant a patriotic slogan, “We will fight, we will die, we will reclaim Iran.”(mijangim, mimirim, Irano pas migirim) pic.twitter.com/4Y4LsABVKn

Observers say that disbanding the unit doesn’t mean a relaxation of the dress code, which the government has agreed to look at. Not everyone is optimistic that change will come in the strict Muslim country, but others are hopeful that the morality police unit will indeed be done away with in the near future.

Many women have taken to breaking the law, which requires a headscarf and dress that hides the contours of the body, since the protests began. Protestors have also taken to openly criticising religious scholars and leaders who they accuse of being corrupt.

Although the government appears to be acceding to some of the protestors demands it remains to be seen what they will do about the many people imprisoned, as well as how they will deal with the more than 450 deaths recorded.

Among those children and protestors awaiting the death sentence.

Organisers of the Iranian protests have said they have more planned and have no intention of giving up on their demands, whether they can force real change remains to be seen.