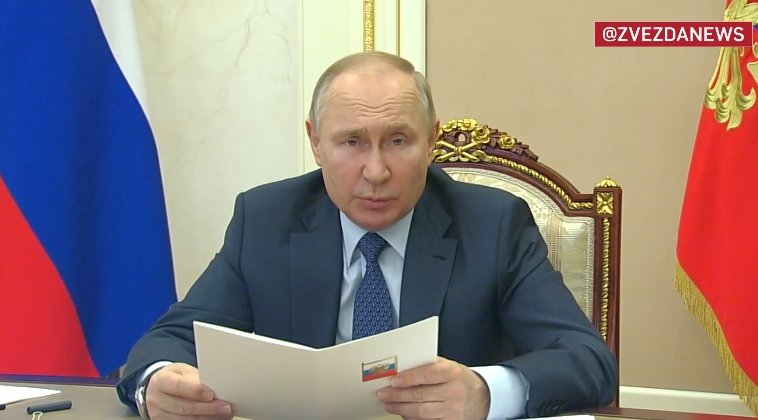 Russian President Vladimir Putin is suspected of being drunk when giving a rambling speech at a military awards ceremony.

Reports from the ceremony show according to German news agency RND on Saturday, December 10, Putin glass in hand, appearing relaxed and rocking from side to side as he spoke to those attending.

The ceremony was to honour those soldiers and servicemen who had fought in Ukraine.

In the speech he defended the air strikes on Ukraine’s energy supply saying: “There’s a lot of noise right now about our attacks on the neighbouring country’s energy system.

“Yes, we do, but who started? Who attacked the Crimean Bridge? Who blew up the power lines of the Kursk nuclear power plant?”

Referring to acts of genocide he said: “No one says a word about it.”

At the end of the speech Putin wished them all a happy new year.

The nature of the speech and his appearance has attracted the attention of analysts who believe that he was drunk when giving the speech, highly unusual for a president who prides himself on his appearance and his strong man image.

Economist Andreas Åslund, one time adviser to Boris Yeltsin, said that he is sure Putin was drunk at this appearance. In a tweet he said the scene showed that Putin’s positioned had been severely how weakened.

He wrote: “This is the first time I’ve seen Putin drunk in any context. He talks nonsense as always, but he seems to realize that he is a loser. Very interesting and promising.

All Russians will see that he is drunk and weak.”

Others agree including Journalist Euan MacDonald who said that Putin looked too deeply into the glass at the award ceremony. “Putin is messing up his Kremlin propaganda lies – it should be Crimea that Ukraine denies water, not Donetsk.”

Ordinarily such a story would not be of interest, but given Putin’s vehement opposition to excessive alcohol consumption in Russia, it does raise questions about his mental state.

There have been many rumours and stories about Putin’s health and the rambling speech at Russian military awards ceremony will only provide more evidence that something is amiss.