UPDATE: Exploding gift from Ukraine to Poland’s police chief was a grenade launcher 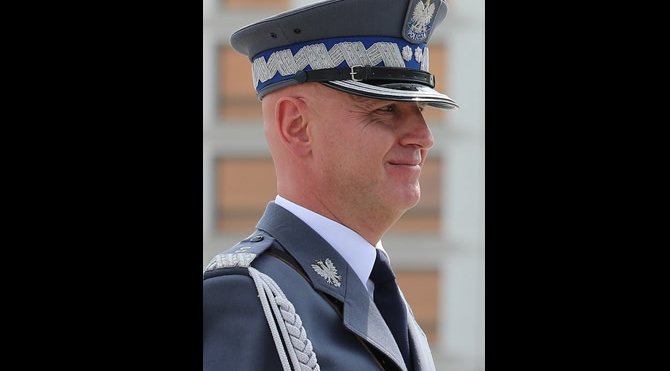 A gift from Ukraine that exploded and hospitalised Poland’s police chief, Commander Jarosław Szymczyk, was a grenade launcher.

It has been revealed that the gift from Ukraine that exploded and hospitalised Jarosław Szymczyk, Poland’s top police chief, was in fact a grenade launcher! This was reported on Friday, December 16, by Polish radio station Zet, citing sources.

According to the radio station, the grenade launcher was brought into the country by a special train that runs between Ukraine and the Polish city of Przemysl. Zet’s interlocutors claimed that the ‘gift’ was not subjected to any border or customs control. ‘There are still a lot of question marks in the case’, the radio station noted.

As the Ministry of the Interior and Administration admitted in a communique, Commander Jarosław Szymczyk received a gift during his working visit to Ukraine on December 11-12. He then met with the leadership of the Ukrainian Police and the Emergency Situations Service. The gift was a gift from one of the heads of the Ukrainian services.

The head of the Ministry, Mariusz Kaminski, claimed that the Police Commander-in-Chief did not know what the gift he received during his working visit to Ukraine was. The prosecutor’s office conducting the investigation into the explosion has reportedly said that it recognizes General Szymczyk as a victim.
Thursday, December 15 at 9:17pm

Jarosław Szymczyk, Poland’s police chief, was hospitalised on the morning of Wednesday, December 14, after a gift package he received from Ukraine exploded when opened. According to the Polish Interior Ministry, the incident occurred at the police headquarters in the country’s capital, Warsaw.

Szymczyk received the package during his recent visit to Ukraine last Sunday 11 and Monday 12. The ministry did not elaborate on what the object actually was. While in the war-torn country, the chief met with leaders of the Ukrainian Police and Emergency Situations Service.

The ensuing blast caused minor damage to the police facility and a civilian worker was also slightly injured but did not require hospital treatment. A full investigation has been launched by Warsaw’s regional prosecutor’s office. Ukrainian officials have been asked by Poland to provide ‘relevant explanations’, as reported by euronews.com.