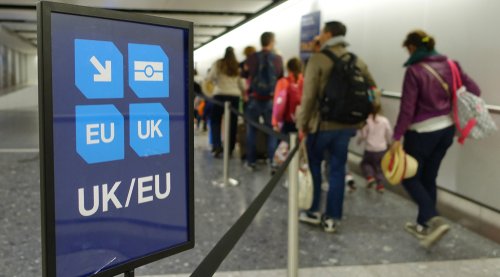 The High Court in London has ruled that the post-BREXIT residence permit scheme introduced for EU citizens in the UK is illegal.

The ruling came on Wednesday, December 21 following an application by the Independent Supervisory Authority (IMA), a UK government-funded body established to monitor the rights of citizens.

Making the application the IMA said that the scheme was illegal in terms of the BREXIT withdrawal agreement, which effectively required those who had the right to stay to reapply.

The BREXIT agreement established the right of UK citizens in the EU and vice-versa, who were already residents to retain all their acquired rights.

The permit scheme introduce by the British government removed that right, only allowing those who had been residents for more than five years to apply for “settled” status. At the same time, it designated those that had been in the country for less, as having pre-settled status.

Anyone who is pre-settled would then only be given the right to apply for settled status once they had been in the country longer than five years, clearly in contravention of the agreement signed by then Prime Minster Boris Johnson.

The ruling affects more than 2.5 million people who the judges said could lose their rights if they did not remain in the country for five years.

A spokesperson for the IMA, Robert Palmer, said: “If a person with that status does not make a new request, the effect of that system is that that person automatically loses their right to reside in the United Kingdom, becomes illegal and can be detained and deported.”

Parliamentary Under Secretary of State at the Home Office, Simon Murray, said the government was disappointed with the decision and intended to appeal.

He said: EU citizens are our friends and neighbours and we take our obligation to guarantee their rights in the UK very seriously.

“The EU citizens’ settlement permit scheme goes beyond our obligations under the withdrawal agreement, protecting the rights of EU citizens and offering them a pathway to settlement in the UK.

Referring to London’s High Court ruling that post-BREXIT residence permits for EU citizens are illegal, he said: “We are disappointed by this ruling, which we intend to appeal.”