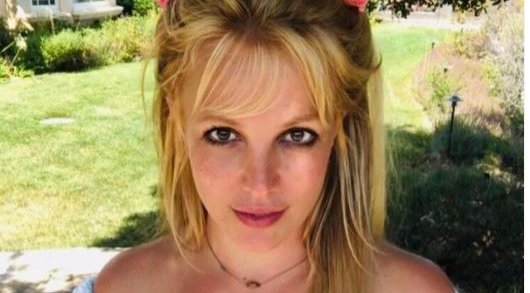 Sam Asghari has denied claims that his pop superstar wife Britney Spears had a ‘meltdown’ after customers started taking her photo in a restaurant in Los Angeles.

Sam Asghari, Britney Spears’ 28-year-old husband took to social media yesterday, Sunday, January 15, to suggest that people should not believe all they read about his wife. He was presumably responding to recent media claims that the pop superstar had a ‘meltdown’ in a restaurant last weekend.

The couple were seen dining at JOEY in Woodland Hills last Friday 13. It was initially reported by TMZ that 41-year-old Britney suddenly started freaking out after customers started snapping photos of her.

‘Don’t believe what you read online people’, Asghari posted on his Instagram Story. A conversation was reported today though by dailymail.co.uk that Britney’s husband apparently had with a photographer on Sunday.

“People get a little too excited to see my wife so everybody is filming, doing their thing. But you know how it is, fame comes with the territory and I went to get the car to get the hell out of there, and people just thought I’d left, but that didn’t happen. So it is what it is man”, Asghari is alleged to have told them.

According to reports from the celebrity news outlet TMZ, pop superstar Britney Spears had a ‘meltdown’ in a restaurant in Los Angeles when customers started taking photos of her at her table.

Britney apparently turned up at the JOEY DTLA restaurant located in the Bloc, in the Woodland Hills area on Friday, January 13, accompanied by her 28-year-old husband, Sam Asghari, and their minder.

It would appear that the 41-year-old singer got offended by the attention shown by fellow diners as they attempted to snap unjustified photos of her as she sat at the table. In video footage obtained by TMZ, the star can be seen trying to hide her face behind a menu.

According to eyewitnesses, Britney started speaking in gibberish and unrecognisable language and yelling. This prompted her husband to storm out of the establishment. The artist and her minder also left the building a few minutes later, with the latter subsequently returning to pay the restaurant bill.

The star is known for her history of erratic behaviour, revealing in 2021 that she had been diagnosed with bipolar disorder. Against her will, Britney was put on medication for her condition. This occurred during her conservatorship period, at a time when her father Jamie was still controlling her professional and personal life.