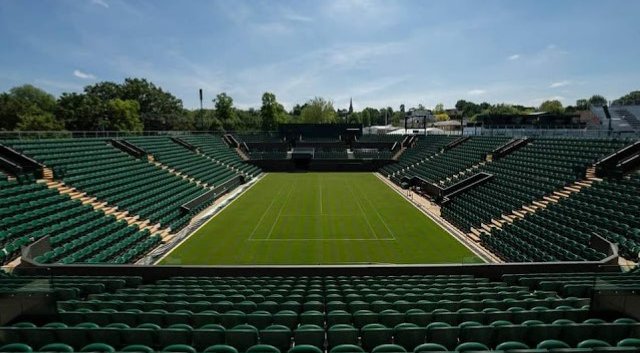 At the All England Club’s spring briefing today, Tuesday, April 26, it was announced by the organisers that unvaccinated tennis players will be allowed to participate in this year’s Wimbledon Championships.

This will come as good news to world No1 Novak Djokovic, who earlier this year confirmed that he would be prepared to miss any tournaments that required players to be vaccinated. In January, the Serbian star was embroiled in controversy after the Australian authorities refused to allow him to enter the country without being jabbed.

Ian Hewitt, chairman of the All England Club pointed out that there was “no viable alternative” to banning players from Russia and Belarus from taking part at Wimbledon, after pressure from the British government.

It had been announced last week that UK government sanctions against those two countries as a result of the conflict in Ukraine, would see Wimbledon become the first individual tennis tournament to enforce a ban on players. This applied to the tournaments preceding Wimbledon as well.

There has been criticism voiced about this decision from both the ATP and WTA, Meetings are due to be held this week in Madrid where the bodies will discuss how to deal with this. One possible action could be to remove ranking points from the tournament.

Hewitt explained that they had been left with just two options, either to make players sign some form of declaration where they condemned Russia’s actions, or simply ban the players.

“The UK Government has set out directional guidance for sporting bodies and events in the UK with the specific aim of limiting Russia’s influence”, Hewitt said.

“After lengthy and careful consideration, we came to two firm conclusions. First, even if we were to accept entries from Russian and Belarusian players with written declarations, we would risk their success or participation being used to benefit the propaganda machine of the Russian regime, which we could not accept”, he continued.

Adding, “Second, we have a duty to ensure no actions we take should put players or their families at risk. We understand and deeply regret the impact this decision will have on all the people affected”.

“But, we believe we have made the most responsible decision possible under the circumstances, and there is no viable alternative within the framework of the government’s position to the decision we have taken in this truly exceptional and tragic situation”, Mr Hewitt concluded, as reported by gbnews.uk.