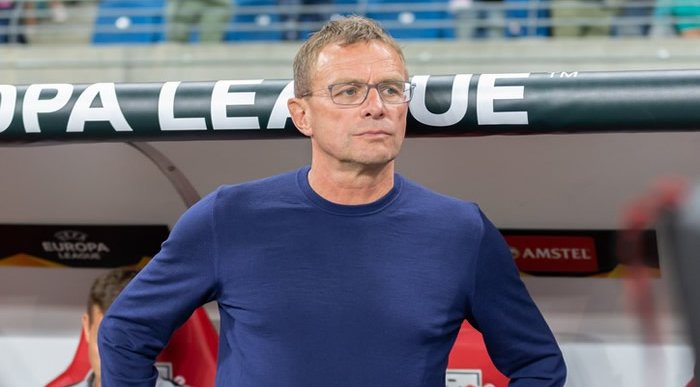 Ralf Rangnick, Manchester United’s interim boss is poised to sign as manager of the Austrian national team according to SunSport this Thursday, April 28. They believe his position could be announced by the Austrian FA as early as today, Friday 29.

Even if he takes the position, Rangnick assured that he still has every intention of fulfilling his proposed advisory role at Old Trafford.

Erik Ten Hag, currently in charge of Ajax Amsterdam, has already been confirmed to take over as the next boss of the Red Devils at the end of this season. Rangnick had been brought in to temporarily replace Ole Gunnar Solskjaer after he was sacked. Once a permanent manager was found, the German was to move into his advisory role.

With the was that United have under-performed this season, being offered the Austrian job could be seen as a perfect escape route. Rangnick though seems convinced that he can handle both jobs.

“Let’s speak tonight about Manchester United and our game and the rest of the season here”, the German replied when asked on Thursday about the job in Austria. “This is the issue and I can also confirm that I will definitely continue at the end of the season with my consultancy role”.

“It would leave space for another job. Yes. But that’s what we had agreed to start with back in November last year” he added. His current team played out a 1-1 draw on Thursday evening against Chelsea, leaving them sixth in the Premier League, five points behind Arsenal in fourth but having played two games more.