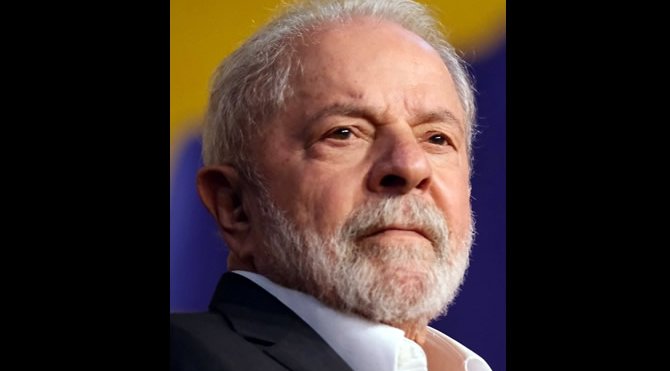 Luiz Inacio Lula da Silva has defeated Jair Bolsonaro in the elections to become the new President of Brazil.

Luiz Inacio Lula da Silva has been elected as the new president of Brazil this evening, Sunday, October 30. The veteran leftist politician won by what was described by election officials as one of the tightest margins in history.

At one point in the contest he was neck-and-neck with the incumbent Jair Bolsonaro but eventually emerged with 50.83 per cent of the votes. Bolsonaro had to settle for 49.17 per cent but it now remains to be seen if he will accept the result without a fight, as reported by dailymail.co.uk.

He has a legion of armed supporters who might not take kindly to the result, although last Friday 28, Bolsonaro himself pledged that he would respect the result whichever way it went.

Today’s victory, once officially declared, will see Lula take on his third term in office. It is a truly remarkable political turnaround for him considering he was in prison less than five years ago. Controversial corruption charges that had been levelled against the former president were eventually annulled by the Supreme Court.

Leading up to today’s election, opinion polls in the country had mostly given Lula the lead. He previously appeared to be heading for victory in the first round of the election on October 2, claiming 48 per cent of the votes, with Bolsonaro lagging behind with 43 per cent.

One of the first to congratulate Lula on his victory was US President Joe Biden. In a White House press release, he said: “I send my congratulations to Luiz Inacio Lula da Silva on his election to be the next president of Brazil following free, fair, and credible elections. I look forward to working together to continue the cooperation between our two countries in the months and years ahead”.