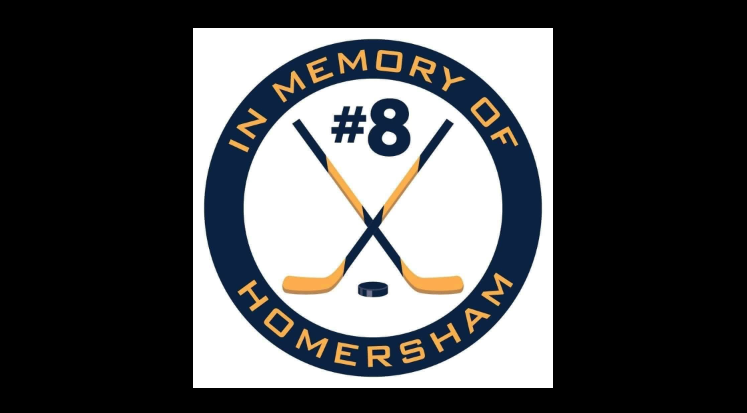 HEARTBREAKING news from Canada as a 13-year-old boy dies suddenly after collapsing at a school basketball tryout.

Thirteen-year-old Eric Homersham suddenly collapsed during a basketball tryout at West Island College earlier this month and reports on November 15 tragically revealed that he died.

The 8th grader, who was an avid hockey player, died on November 9 after suffering a sudden collapse.

Speaking to calgaryherald.com, Eric’s father, Robert Homersham said: “There’s been an outpouring of support, and they’re grieving because Eric was loved.

“He had a lot of friends. He was a real generous, warm-hearted kid. A bit of a prankster, a funny kid, obviously taken from us far too soon. He would have had a great life.”

“He had such zest for life.”

The 13-year-old was the youngest of three siblings.

Eric played hockey for the Wolverines, who paid tribute to their young player via a match earlier this week.

Jackie Dodds shared videos of the game via Facebook alongside the caption: “My heart goes out to the family and friends that are going through this terrible time. I didn’t know Eric but he meant a lot to his teammates and so many people. The house was packed tonight! RIP Homersham”

“So sad. Gone way too soon with so much life ahead of him. RIP Eric. Condolences to the family,” one person wrote.

So sad. Gone way too soon with so much life ahead of him. RIP Eric. Condolences to the family. https://t.co/OBi8h9VZvQ

No cause of death has been made available to the public.

The news of Eric’s collapse and tragic death during basketball tryouts comes after similar incidents have occurred this year.

On Wednesday, June 8, a school student-athlete – believed to be 16 years old – died after collapsing during after-school basketball practice.

The death of the unnamed student came a few months after three young athletes in the US died while playing the sport.

On February 5, 15-year-old Preston Settles collapsed during a game at Brooks School in North Andover.

Settles stopped breathing during the game and was rushed to Lawrence General Hospital, where doctors shocked his heart eight times but could not get it to start again on its own.

At the hospital, the teenager was placed on an automatic CPR machine and breathing tube, several hours before Settles began breathing again.

He was then airlifted to Tufts Medical Centre and placed on life support before later being taken to Boston Children’s Hospital, where he was pronounced dead on Sunday, February 27.

On February 8, Cameran Wheatley, a 17-year-old senior at Bremen High School, collapsed during a basketball game against Chicago High School at about 9:20 pm before dying later at Christ Hospital.

On the same day, Devonte Mumphrey collapsed and died during a Yellowjackets’ basketball game after suffering a sudden cardiac arrest.

His club, Peñas Huesca Basketball Club – located in the north of the autonomous community of Aragon, Spain – announced that the young player had died late on Tuesday, August 23.