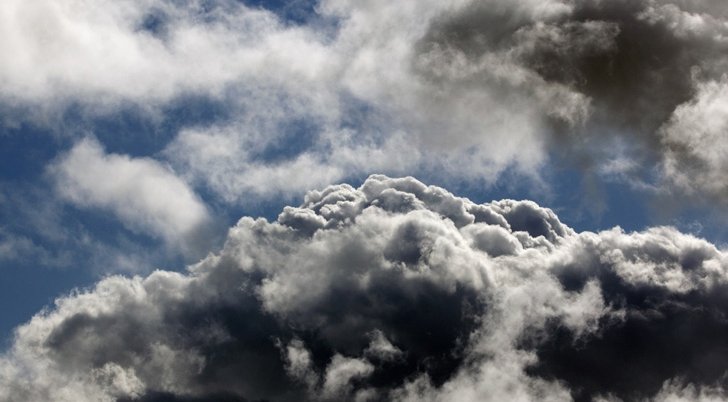 Spain can look forward to a very mixed bag of weather this week according to the State Meteorological Agency, AEMET.

AEMET, the State Meteorological Agency warned this Monday, June 27, that June will say goodbye with very strong storms even including hail showers. This weather pattern will occur mainly in the extreme north of Spain, and some inland mountain areas plus scattered points in the Mediterranean area. The rest of the country though will be dry and sunny.

Ruben del Campo, a spokesman for the AEMET, indicated that temperatures will suffer ups and downs. Although the first few days of this week will be cool for the time of year, by Friday, July 1,  they will normalise.

Skies will be practically clear across the country, and the Balearic Islands, although the storms will continue in the northeast at dawn, especially in Catalonia. In the coastal areas of the Mediterranean, also in the Bay of Biscay, the day will break with low clouds that will dissipate throughout the day.

Temperatures will rise again in most of Spain, especially in the northern half, where the rise can be up to ten degrees compared to the previous day.

An inactive frontal system will pass that will leave weak rainfall in the Cantabrian and upper Ebro communities. This front will help storms form in the afternoon in the east of the Peninsula, which may be locally intense. Hail could fall in the Pyrenees and also in the rest of Aragon and Catalonia, as well as in mountainous areas of the southeast.

In the rest of the country, slightly cloudy skies are expected, although with low clouds in the morning in coastal areas. Maximum temperatures will drop in the Bay of Biscay and in the western third, while they will rise in the eastern half.

In Barcelona and Valencia, Del Campo predicted temperatures will reach a maximum of 30ºC, while Madrid and Murcia will reach 32ºC. Zaragoza, Granada, Cordoba, and Sevilla will reach 35ºC.

These temperatures are typical of the time of year, but Galicia and the western Cantabrian will experience cooler weather. Lugo will not exceed 18ºC, and Oviedo 16ºC, which are between five and ten degrees less than the normal average for the time of year.

After the passage of the front, temperatures are likely to drop, and the weather in the north will become unstable. Rains are expected in Galicia and the Cantabrian communities. In the Pyrenees, there will be locally intense stormy showers. These could spread to other areas in the eastern half of the peninsula, especially in the rest of Aragon, Catalonia, and the mountains of the Southeast.

In the rest of the country, a sudden and extraordinary drop in temperatures will be felt in the northern half, of up to 10 or 12ºC compared to the previous day. Del Campo foresees that this thermal drop will be noticed above all in the north of Castilla y Leon, in La Rioja, the south of the Country, Basque, Navarra, and western Aragon.

On Friday, as well as Saturday, stable weather will predominate in almost the entire country, but there will be slightly cloudy skies. There will be low clouds in coastal areas of Catalonia and the Valencian Community. Some light rain is not ruled out, especially in the morning, and possible stormy showers in the afternoon around the Iberian System.

Temperatures will rise notably both on Friday and Saturday, except in the Mediterranean where they will generally be warmer than normal for the time of year. The AEMET expert pointed out that on Saturday, 35ºC could be reached or exceeded in the northern plateau, the Ebro basin, the centre, and the southern half, with temperatures up to 10 degrees higher than normal for the time in the northern third.

Vitoria, Logroño, and Pamplona could well see maximums of between 30 and 35ºC on Saturday, which are values ​​between 18 and 20ºC higher than those of two days previously.

Temperatures are predicted to drop again in the west on Sunday and instability will increase, with rains and showers in the northern half and eastern third.